History of the Horne Family Foundation 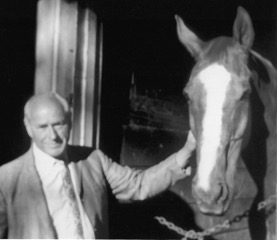 The Horne Family has strong ties to the Massachusetts Merrimack Valley Region, dating back as early as 1861. George B. Horne, founder of the Foundation, was born and raised in the area and was instrumental in expanding his father’s valve manufacturing business, Watts Regulator Company, into an integral part of the Merrimack Valley’s economy. Originally based in Lawrence, home to the textile revolution of the early 1900’s, Watts Regulator has grown from a small, family-oriented venture to a global force in the water technology industry.

Mr. Horne’s career at Watts began in 1936, when he became head of marketing and sales by establishing a skilled sales force of manufacturer’s representatives throughout the nation. Throughout his career, George Horne was committed to expanding the family business and educating the public on the importance of water quality and safety. His eldest son, Timothy, took over the reins of the company in 1976, when George retired. Under Timothy’s management, Watts went public in 1986 and began an acquisition program that established Watts as an international presence. During these years, George pursued his philanthropic interests by forming the Horne Family Foundation in 1990, where his primary focus was on conservation and community outreach and human services programs in the region. Upon George’s death in 2006, Timothy assumed the Executive Director position and George’s granddaughter, Tara, became Program Officer. In subsequent years, the Horne Family Foundation has broadened its geographic scope and refined its mission to more explicitly reflect the original core principles and address the developments and concerns currently affecting those objectives.